Home prices stepped up 6.2 percent in January, according to the S&P CoreLogic/Case-Shiller Indices.

“The home price surge continues,” says David M. Blitzer, chairman of the Index Committee and managing director at S&P Dow Jones Indices. “Since the market bottom in December 2012, the S&P Corelogic Case-Shiller National Home Price index has climbed at a 4.7 percent real—inflation adjusted—annual rate. That is twice the rate of economic growth as measured by the GDP.

“While price gains vary from city to city, there are few, if any, really weak spots,” Blitzer says. “Seattle, up 12.9 percent in the last year, continues to see the largest gains, followed by Las Vegas up 11.1 percent over the same period. Even Chicago and Washington, the cities with the smallest price gains, saw a 2.4 percent annual increase in home prices. Two factors supporting price increases are the low inventory of homes for sale and the low vacancy rate among owner-occupied housing. The current months-supply—how many months at the current sales rate would be needed to absorb homes currently for sale—is 3.4; the average since 2000 is 6.0 months, and the high in July 2010 was 11.9. Currently, the homeowner vacancy rate is 1.6 percent compared to an average of 2.1 percent since 2000; it peaked in 2010 at 2.7 percent.

“Despite limited supplies, rising prices, and higher mortgage rates, affordability is not a concern,” says Blitzer. “Affordability measures published by the National Association of REALTORS® show that a family with a median income could comfortably afford a mortgage for a median-priced home.”

The complete data for the 20 markets measured by S&P Dow Jones: 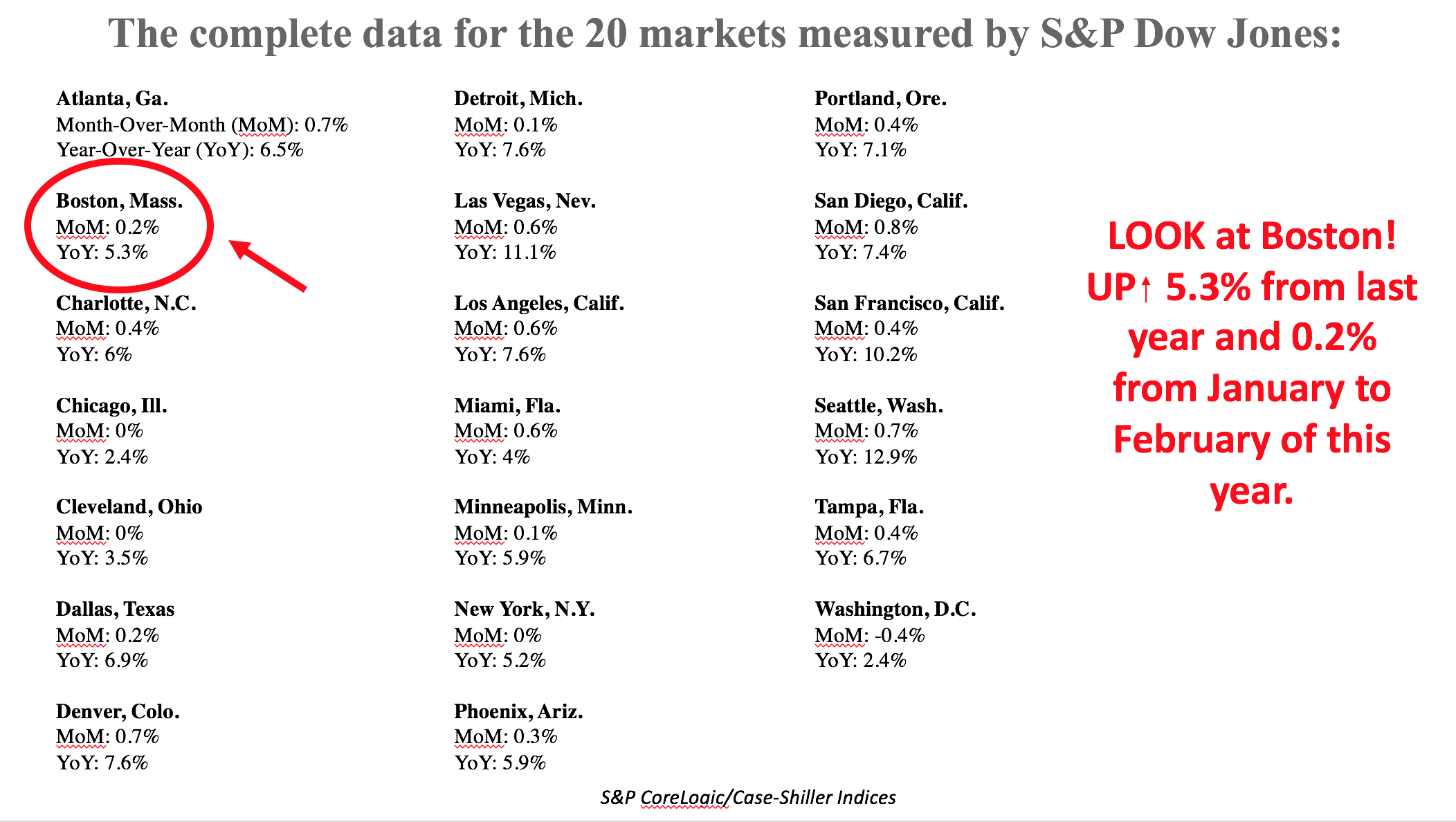 508-521-9480
Contact me about Selling or Buying Your Home in Massachusetts
Bobbie Files is a Real Estate agent at SUCCESS Real Estate, covering the Bristol, Plymouth and Norfolk County areas

Thank you for contacting us, we'll get back to you shortly.

Sorry, we are unable to send your message at the moment. Please try again later.