Should we follow our passion? Mike Rowe’s must-read response to an Alabamian who asked why he shouldn’t follow his passion

Mike Rowe’s must-read response to an Alabamian who asked why he shouldn’t follow his passion. 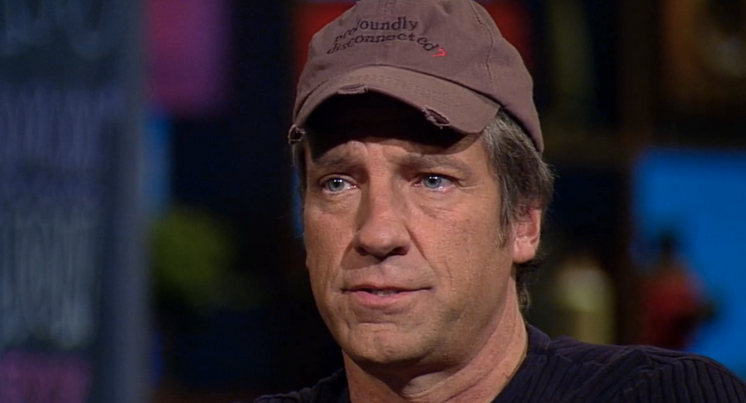 Mike Rowe of “Dirty Jobs” has made a habit of going viral on the Internet by responding to fan questions, like the time a fan told him to prove he was the real-deal and wasn’t living a posh celebrity lifestyle and Rowe responded by giving a photo-tour of his apartment.

On Tuesday it was Stephen Adams of Auburn, Alabama who wrote in questioning a now famous speech in which Rowe said “follow your passion” was the worst advice he’d ever received.

“Hi, Mike. Let me begin by saying that I love what you and your foundation are attempting to do,” Adams wrote. “However, I’m confused by your directive to NOT “follow your passion.” I think it can be safely argued that if no one followed their passion, companies like Apple, Microsoft, Dow, and many more wouldn’t exist. If no one follows their passion, who innovates? Who founds companies that provide jobs for the outstanding workers that your foundation aims to help?”

Rowe’s complete response can be found below:

Hi Stephen
A few years ago, I did a special called “The Dirty Truth.” In it, I challenged the conventional wisdom of popular platitudes by offering “dirtier,” more individualistic alternatives. For my inspiration, I looked to those hackneyed bromides that hang on the walls of corporate America. The ones that extoll passersby to live up to their potential by “dreaming bigger,” “working smarter,” and being a better “team player.” In that context, I first saw “Follow Your Passion” displayed in the conference room of a telemarketing firm that employed me thirty years ago. The words appeared next to an image of a rainbow, arcing gently over a waterfall and disappearing into a field of butterflies. Thinking of it now still makes me throw up in my mouth.
Like all bad advice, “Follow Your Passion” is routinely dispensed as though it’s wisdom were both incontrovertible and equally applicable to all. It’s not. Just because you’re passionate about something doesn’t mean you won’t suck at it. And just because you’re determined to improve doesn’t mean that you will. Does that mean you shouldn’t pursue a thing you’re passionate about?” Of course not. The question is, for how long, and to what end?
When it comes to earning a living and being a productive member of society – I don’t think people should limit their options to those vocations they feel passionate towards. I met a lot of people on Dirty Jobs who really loved their work. But very few of them dreamed of having the career they ultimately chose. I remember a very successful septic tank cleaner who told me his secret of success. “I looked around to see where everyone else was headed, and then I went the opposite way,” he said. “Then I got good at my work. Then I found a way to love it. Then I got rich.”
Every time I watch The Oscars, I cringe when some famous movie star – trophy in hand – starts to deconstruct the secret to happiness. It’s always the same thing, and I can never hit “mute” fast enough to escape the inevitable cliches. “Don’t give up on your dreams kids, no matter what.” “Don’t let anyone tell you that you don’t have what it takes.” And of course, “Always follow your passion!”
Today, we have millions looking for work, and millions of good jobs unfilled because people are simply not passionate about pursuing those particular opportunities. Do we really need Lady GaGa telling our kids that happiness and success can be theirs if only they follow their passion?
There are many examples – including those you mention – of passionate people with big dreams who stayed the course, worked hard, overcame adversity, and changed the world though sheer pluck and determination. We love stories that begin with a dream, and culminate when that dream comes true. And to your question, we would surely be worse off without the likes of Bill Gates and Thomas Edison and all the other innovators and Captains of Industry. But from my perspective, I don’t see a shortage of people who are willing to dream big. I see people struggling because their reach has exceeded their grasp.
I’m fascinated by the beginning of American Idol. Every year, thousands of aspiring pop-stars show up with great expectations, only to learn that they don’t have anything close to the skills they thought they did. What’s amazing to me, isn’t their lack of talent – it’s their lack of awareness, and the resulting shock of being rejected. How is it that so many people are so blind to their own limitations? How did these peope get the impression they could sing in the first place? Then again, is their incredulity really so different than the surprise of a college graduate who learns on his first interview that his double major in Medieval Studies and French Literature doesn’t guarantee him the job he expected? In a world where everyone gets a trophy, encouragement trumps honesty, and realistic expectations go out the window.
When I was 16, I wanted to follow in my grandfathers footsteps. I wanted to be a tradesman. I wanted to build things, and fix things, and make things with my own two hands. This was my passion, and I followed it for years. I took all the shop classes at school, and did all I could to absorb the knowledge and skill that came so easily to my granddad. Unfortunately, the handy gene skipped over me, and I became frustrated. But I remained determined to do whatever it took to become a tradesman.
One day, I brought home a sconce from woodshop that looked like a paramecium, and after a heavy sigh, my grandfather told me the truth. He explained that my life would be a lot more satisfying and productive if I got myself a different kind of toolbox. This was almost certainly the best advice I’ve ever received, but at the time, it was crushing. It felt contradictory to everything I knew about persistence, and the importance of “staying the course.” It felt like quitting. But here’s the “dirty truth,” Stephen. “Staying the course” only makes sense if you’re headed in a sensible direction. Because passion and persistence – while most often associated with success – are also essential ingredients of futility.
That’s why I would never advise anyone to “follow their passion” until I understand who they are, what they want, and why they want it. Even then, I’d be cautious. Passion is too important to be without, but too fickle to be guided by. Which is why I’m more inclined to say, “Don’t Follow Your Passion, But Always Bring it With You.”
Carry On
Mike

What do you think about Rowe’s response? Let me know in the comment section below.

Print Details
Previous post
Next post
So You Want to Build: 7 Steps to Create a New Home
“WIN-WIN or NO Deal” OR “Suck it Up Buttercup Life Ain’t Fair”